Okay, here’s the deal. Cottages, cabins and chalets (or whatever you choose for your second home) aren’t just glorified storage facilities for old sofas, sideboards and carpets. Come on — they’re valuable getaways, not just somewhere to stash the detritus that’s no longer needed in your main home. If we’re entirely honest, many of the “holiday homes” we see are little more than final destinations where furniture goes to die. Consider this: if you checked into a hotel that looked like an old storage locker, it’d be lucky to warrant a 1-star category. And in our world, we want everyone’s cottage experience to be 5-star. It’s as simple as that.

But fret not. Before Canada’s entire cottaging community throws up its arms in protest, can we just say we’re not advocating the removal of all things past, rather a weeding out of less important (and less attractive) items so that a modern, rewarding cabin vision can become a happy reality. Try it! Be brave; say goodbye to brass adornments, dried flowers, floral wallpaper, brown tiled kitchen counters and wolf- depicting artwork — and move forward!

On a positive note, the great Canadian countryside has us hooked — we’re now proud owners of our own wee Canadian cabin. Espying our petite palace for the first time, we fell hook, line and sinker in love. So what makes it so special? Well, for starters, our lakeside retreat is log-built with a red pitched roof, a towering brick chimney and wrap-around balconies. To us, certainly, it looks exactly how an escapist cabin in the woods should. We oohed and aahed over various boltholes, but nothing else hit the mark. Some were simply too dated, others too ‘house-y’ and a few looked like they’d been ripped straight from the set of The Evil Dead or Deliverance. Blimey — imagine a zombie playing the banjo; what a terrifying combination…

One year on and it’s fair to report cabin ownership hasn’t exactly been the stress relief we hoped it might. Let’s just say our, ahem, “postcard perfect” cabin was, in fact, a wolf in sheep’s clothing. A pig in lipstick, if you will. Indeed the term “buyer beware” was seldom more relevant. In hindsight, we should have spent loads more time putting our cottage under the microscope… before submitting an offer. But hey ho. We lived… and we learned. And, hell mend us, just to amplify our stress levels, we agreed to make a flippin’ TV show about it all for the Cottage Life network. Jeesh!

And the problems were? Never ending. Rising damp? Tick. Mold? Tick. Mice infestation? Tick. Kinky swingers party indoor hot tub? Tick. That particular anomaly certainly exacerbated the aforementioned damp issues. As remedy, we dispatched the monolithic plastic lump to the garden — plumbed in, of course — without further ado. The aforementioned problems, however, were merely the start.

Upon further inspection, we discovered that our 1500 square feet wrap-around deck was actually a death trap due to the rotted condition of its supporting beams. Where there are problems, however, there are also solutions and, although we ended up having to replace the deck, we opted to use stunning BC Western Red Cedar. Our contractor calls the end result “the Cadillac of decks”. The smell, the colour and the pedigree of the timber is simply off the scale. As we often say “Find a fault — make a feature”. Yup, investing in the fabric of our building was an essential priority to enhance and safeguard our investment. We’ve long since had a bugbear about the oft’ maligned Canadian basement and, in our own cottage, we were afforded the chance to practice what we preach as we reclaimed the skanky solum as an intrinsic part of the house. Both upper floors are log heaven but our basement, as we found it certainly, was all drywall and grey carpet. As such, ripping it out and starting again was the only solution. The new configuration creates a master bedroom with smart shower room and a generously proportioned TV/Media room with built-in surround-sound speakers, controllable lighting (produced in association with Command Performance in Toronto) and a beautiful timber floor. Add to that lashings of timber cladding and the basement now feels as “woody” and luxurious as the rest of the house. Job done! So we’re happy with the finished results? And then some. The call of the wild has been answered and we’re thrilled to have captured the traditional essence of log living… albeit with a twist of 21st century in terms of style and overall experience. So look out — if you spot two kilted lads darting through the undergrowth, we’re either being chased by a bear… or by a fellow cottage-loving client who wants his wolf art safely returned. Happy times…

By Colin McAllister & Justin Ryan inside the summer 2014 issue 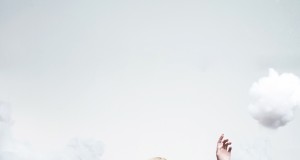