“Living in cities is an art, and we need the vocabulary of art, of style, to describe the peculiar relationship between man and material that exists in the continual creative play of urban living. The city as we imagine it, then, soft city of illusion, myth, aspiration, and nightmare, is as real, maybe more real, than the hard city one can locate on maps in statistics, in monographs on urban sociology and demography and architecture.”

Urbanity has become a trending phrase and loft living has become a chic way to live in the city. Is it because of the stylish interior design possibilities in renovated warehouses and repurposed commercial spaces? Or, is it due to the spiralling cost of real estate and our need, especially in British Columbia, to learn to live large in fewer square feet? Happily, it doesn’t really matter because the elements work together in harmony – trendy space options, inner-city locale and relative affordability.

Loft living, whether of the expansive or micro varieties, has become a way for many to jump onto the property ladder and still maintain a downtown lifestyle. NICHE magazine had the opportunity to peek inside two exceptional loft spaces – both in large metropolitan areas where space is at an ultimate premium – Vancouver, BC and New York, NY.

The big question then becomes: How do you fashion a home that has more vertical square footage than floor space? Soaring ceiling are a feast for the eye but can be a decorator’s nightmare – trying to find an aesthetically pleasing balance between scale and stunning décor.

Chelsea is a place for city living – with an exceptional mix of tenements, apartment blocks, town houses, brownstones and of course, loft conversions. It is home to the world famous Chelsea Market, as well as a large number of art galleries which has turned this neighbourhood into the eclectic heart of NYC’s art world.

Our featured NYC home is a duplex loft renovation that was once a running track and basketball court for a gymnasium. A previous conversion had covered much of the structural elements which Selldorf Architects uncovered all the building’s magnificent structural elements and left them for all to see. To further enhance the industrial aesthetic, the architects used casement windows, blackened steel railings, and concrete floor tiles. The upper level of this Chelsea loft houses the large open living spaces including great room, dining area and kitchen. A double-height atrium opens to the more private lower level that contains the master retreat, two additional bedrooms and a family room.

The interior design styling in this Chelsea loft is perfectly suited to its bones. The colourful La Michetta by Meritalia modular tufted sofa and ottoman in the lower family room works exceptionally well to visually anchor the space. The warm wood and low slung furniture in the upper lounge and dining space make the ceilings appear to soar even higher. Each piece was carefully chosen for this space, and as eclectic as the mix is, none competes with the oversized windows and all pay tribute to the glory of this space with its palpable breathing room.

Moving up in Yaletown

Yaletown, a neighbourhood in downtown Vancouver is a former industrial region that is dominated by railyards, warehouses and commercial buildings. Following the 1986 Expo, this area has been converted into one of the most heavily populated districts in Vancouver. With its stunning parks, exceptional marinas and converted heritage buildings, Yaletown is known as one of the most important urban renewal projects in North America.

Our featured BC residence is a character penthouse loft in Yaletown, Vancouver’s heritage district. Also, a two-level home, the master timber beams and charming exposed brick give this million dollar property a genuine coziness. The space seems to have a life of its own with a grand spiral staircase, fireplace and open floor plan. Soaring 24’ ceilings draw the eye up to the second level that begs for rainy weather, fine wine and a chunky cable knit sweater. Boasting reclaimed wood floors and exposed concrete, it is a little like living in a work of art.

True to our West Coast sensibility, this Yaletown loft is a warm mix of functional pieces and artistic splurges. The upholstered chaise sofa and deep seated chair are comfortably elegant, juxtaposed against the modern lines of the chrome and glass dining tables, and cream leather dining chairs. The dining space chandelier pendant hangs from the lofty ceiling above and does double duty as a focal point to draw the eye up. 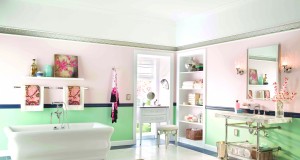