Scouted at a young age of 13, Brazilian supermodel and world’s highest paid model, Gisele Bündchen announced her retirement from the runway after 20 years of walking for top designers. Bündchen was one of

the few major supermodels at the time that was considered a minor walking in top designer shows such as for friend, Alexander McQueen’s runway showings. Gaining her wings as a Victoria’s Secret Angel in 2000, Bündchen’s confidence and personality put her at the top for model status.

At 34, Bündchen has made her way through almost every renown beauty and fashion house making her name and face one of the most recognizable in the industry. Bündchen has fronted campaigns for luxury brands such as: Chanel,

Dolce & Gabbana, Versace, Roberto Cavalli, Isabel Marant, Balenciaga, H&M, Ipanema, Sonia Rykiel, Dior, Lanvin, Louis Vuittoin, Loewe and many others. Taking a bow at São Paulo Fashion Week this April, Bündchen thought it was suitable for her to say adeus in Brazil, where her career started.

Just because Bündchen will not be walking the runway anymore does not mean her face won’t still be everywhere. With a husband in the spotlight – Tom Brady, New England Patriots quarterback, and two stunning children, Bündchen is moving on to another chapter in her career focusing on family and fashion partnerships. Forbes has

rated Bündchen the highest-earning model for the past eight years, bringing in $47 million in earnings last year – it’s clear that a cut back on the runway won’t effect her overall success with numerous print campaigns.

“Gisele will focus on special projects and also spending more time on her number one priority: her family.” – Patricia Bündchen, Gisele’s sister

More Reasons Why an Online MBA Is Worth It

Studying While Traveling: Tips for Success 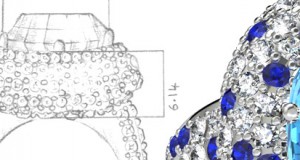 The 5 Best Cities for Jewelry in Canada