Escaping our hectic schedules, recently, to holiday there for two joyous weeks, we were utterly seduced by the island’s friendly residents, by palm fringed, exotic beaches and by exemplary standards of service — standards which, from our experience, are seldom matched (in such measure, certainly) by other, ahem, “luxury” destinations. Yes indeed, Grand Cayman, as a sanctuary of R&R, is indulgent and rewarding to the power of ten.

With a plethora of world-class hotels from which to choose (not to mention some of the globe’s finest private rental inventory), our deliberations were eased on the recommendation of Cayman-loving friends who simply can’t see past The Ritz-Carlton. And we certainly weren’t disappointed. All rooms and suites in the beautiful outpost, it transpires, were redecorated recently in elegant, beachy style. Everywhere we looked, a palette of muted pastels and earthy tones made us feel immediately rested from the moment we walked into our beautifully appointed accommodation.

Settling in and gathering our thoughts, we strode purposefully onto our seaview terrace, an ample patio boasting rattan steamer chairs loaded with fluffy rolled white towels. Not for this hedonistic outpost’s pared back, “boutique” aesthetic, the Ritz-Carlton is much more about romantic, bygone elegance, fine crockery and unabashed indulgence. Oh yes, indulgence! At every turn! As much, however, as rest and relaxation were the driving factors during our Cayman odyssey, we still found time for adventure. At sunrise, for example, one particularly balmy morning, we boarded a twin-prop puddle jumper for a 30-minute flight to the smaller Little Cayman Island, where the pace of life can best be described as soporific. Booked into “The Club at Little Cayman,” a select wee development that panders to the diving community, we sucked up the rural idyll, watched at every turn by an army of surprisingly tame iguanas that lumber the island in all their spiny majesty. We wondered if it might have proved difficult to settle into the simpler world of Grand Cayman’s smaller sibling, but the transition was seamless. Wandering the golden sands and paddling in temperate waters, thoughts of Robinson Crusoe — and the undeniable appeal of a simpler life — abounded. As the waves lapped gently around our bare, sun-kissed toes, work — and our hectic schedule — seemed a million miles away.

Safely returned to Grand Cayman after our whistle stop island hop, we indulged in a helicopter ride to experience an entirely new Caymanian perspective. Captain Jerome, who moonlights as a stunt pilot in the Los Angeles film industry, steered our breathtaking journey over fields and out across rippling azure waters where we witnessed sharks, the wreck of a battleship (now a major attraction for the world’s diving community who lap up the endless aquatic possibilities) and a bird’s-eye view of cruise liners berthed at George Town, the islands’ clapboard painted capital.

Our enjoyment levels hitting new highs (literally and emotionally), we savoured the “pinch me” moment; yup, Grand Cayman was quickly becoming one of the finest trips we had ever enjoyed. Back on land, energized after our skyward thrill ride, we visited Osetra Bay, a venue which, in a clutch of Cayman fine dining establishments, would prove to be our favourite. Entered through a tented corridor dressed with opaque white lanterns, we discovered a stunning environment which, constructed on stilts, literally overhangs the softly rippling ocean.

At Osetra Bay, a beautiful thatched ceiling sets the tone while dark floors lend an opulent air. Tables are dressed with white napery and silver chargers, with further design cues courtesy of shiny silver cutlery and crisp snowy crockery. Food “architecture,” we quickly learn, is crucial to this restaurant’s chef; nothing is simply placed on the table, rather arranged to dramatic effect to tempt the palate and the eye in equal measure. We could become very accustomed to this.

But it’s not just the gastronomic scene which ticks the style box for Grand Cayman. We discovered beautiful, contemporary design at every turn. One such modern trapping is Camana Bay. Spread generously across 500 acres, the mixed retail, leisure and residential destination boasts up-market boutiques, achingly cool cafés and slick sports facilities, as well as a host of immaculately groomed gardens and courtyards. As decorators, however, we were just as impressed by Grand Cayman’s traditional vernacular. Artisan homes, tin roofed and pastel painted, twinkle in the warm sunlight, whispering, as they do, of the past, but at the same time securing Cayman’s future for purists everywhere.

Our holiday drawing to a conclusion, we found time to visit one last fascinating island asset — the Grand Cayman Motor Museum. Owned and curated by shipping magnates Natalie and Andreas Ugland, the recently constructed visitor centre is home to the philanthropic family’s classic car collection. A 1961 Alfa Romeo Giulietta? Tick, there to behold. An old Roller, once owned by Sir Elton John? Tick. A clutch of vintage Mercedes? Tick. As utter petrol heads and committed Mercedes fanatics (our summer car is a white 1968 280 SL, which we shipped, rust-free, from Arizona), we were in our element…

And, if that wasn’t enough, the vehicular mecca also houses one of the original Batmobiles, a priceless piece of TV history, secured by Natalie and Andreas from an American collector after intense negotiation.

And so it came to pass; our final day in paradise was upon us. Yup, it was time to wave goodbye to the beautiful island and fly home to somewhat cooler climes. The tourist board proudly proclaims that, after visiting Grand Cayman for the first time, you carry a little of its spirit in your heart, forever. That said, as far as we’re concerned, certainly, an extra spot of spirit gathering wouldn’t go amiss. Consequently, as soon as diaries allow, we plan on marking our passports, again, with the Grand Cayman stamp. And for that pleasurable prospect we can hardly wait. 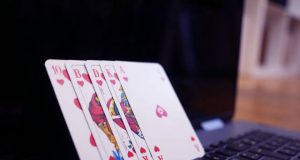 A quick guide to online casinos and how to play in...