Monte-Carlo is a place a lot of us dream of visiting, but also a place that feels somewhat difficult to visit. This isn’t really for any tangible reason, given that Monte-Carlo is no less accessible than most any other destination in the Mediterranean region, or around France for that matter. However, the city’s reputation for a harbor full of multimillion-dollar yachts and some of the most opulent hotels in the region can make it seem almost prohibitively high-end. There’s an air of exclusivity that seems to leap out of even the most casual photos of Monte-Carlo.

It’s true that it’s not the easiest place to visit on a tight budget. However, if you do ever make the trip, there are ways to get the most out of it without spending heavily. Basically, it just comes down to finding ways to enjoy some of the most interesting attractions without necessarily paying for the most exclusive experiences. It’s easier said than done, but we have some ideas of where and how to start.

It’s a tip that could be applied to travel in just about any city around the world, provided you’re safe about where you wander. Monte-Carlo is a relatively walkable city, and the truth is much of what makes this a special place in the first place is what you see as you get around. It’s a stunning place, but with so much of its appeal being visual anyway, this is a particularly valuable tip. You’ll want to explore a few specific areas, including multiple renowned gardens and the circuit for the famous Formula 1 race that comes to town every year.

See The Changing Of The Guard

The Changing of the Guard at the Prince’s Palace in Monte-Carlo isn’t quite as famous as the similar ceremony at London’s Buckingham Palace, but it’s still said to be one of the city’s best free attractions. The palace is beautiful, and watching the guards end and begin their shifts in accordance with the strictest procedure is almost bizarrely riveting. It takes some planning to get there and secure a good vantage point, but it’s worth it, particularly if you’re on a budget.

Casino de Monte-Carlo is arguably the city’s main tourist attraction, and it’s the sort of casino we imagine seeing in movies more than real life. Palatial surroundings, dressed-up visitors, high-stakes games and the like comprise the atmosphere, and it’s almost irresistible to check it out. But that should be the extent of it. Casino games are so accessible these days there’s really no need to play at such expensive tables. As a Canada-based gaming resource put it, players can find sites with dozens of the most popular games on the internet with ease now, and then play with whatever stakes they like. This makes it less necessary to spend much money at a place like Casino de Monte-Carlo. But you should still go and explore it, because it’s a treat just to be there.

We covered the idea of walking around Monte-Carlo above, but the docks need to be mentioned separately. Monte-Carlo’s harbor is famous all over the world, not just for being situated in a gorgeous cove of sorts where the Mediterranean Sea comes up to the city, but for being full, more often than not, with incredibly nice yachts. There are ways to purchase some time out on some of these yachts, and in fact some even pay to watch the aforementioned Formula 1 grand prix from the decks of the boats. But this is, as you might expect, a very pricey options, whereas you can walk around the harbor and get a feel for it without spending anything.

You actually don’t need to go to huge lengths in this regard, because the main beach in Monte-Carlo – Larvotto Beach – is public. This just merits a quick note because one could easily get the impression that some of the nicer beach areas along the Monte-Carlo shore are exclusive to paying customers or resort tenants. For the most part, this shouldn’t really be an issue, and you’ll be able to enjoy the beach space you’d like to enjoy.

Dining in Monte-Carlo can also seem almost inherently expensive, in large part because the restaurants that get attention are those run by celebrity chefs, or those that have glorious balconies overlooking the sea. However, these are far from the only options, even if they’re the ones worth of press. A site called World Travel Guide actually did a wonderful write-up of different restaurant options classified as “expensive,” “moderate,” and “cheap,” with some really terrific options in the final category. Where you end up will depend largely on your own preferences as well, but suffice it to say there are affordable options.

Put all of this together and you can begin to see an outline for a perfectly lovely trip to Monte-Carlo that doesn’t leave your wallet completely empty. It’s a nice option to keep in mind, at least. 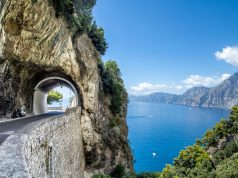 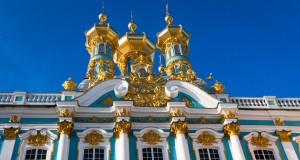 Travel with NICHE to St. Petersburg