Tiffany & Co. introduces a new capsule collection created in collaboration with Eddie Borgo, winner and recipient of the first CFDA/Vogue Fashion Fund Tiffany & Co. Development Grant, whose designs will be available at the Fifth Avenue flagship and on Tiffany.com, starting November 2016. The seven unique pieces evoke Borgo’s signature geometric classicism and architecturally graphic style, and were created under the direction of Tiffany design director, Francesca Amfitheatrof.

In partnership with the CFDA/Vogue Fashion Fund, Tiffany & Co. asked designers to create a collection drawing inspiration from the irreverent style and bohemian spirit of Gertrude Vanderbilt Whitney, founder of the Whitney Museum. The choice of the contemporary art museum doyenne as the inspiration for the design competition celebrates the long-term partnership and commitment that Tiffany has made to sponsor the next three Whitney Biennials, the first to open in March 2017. Borgo was awarded the opportunity to work with Tiffany artisans and have his designs featured at the iconic jeweler’s flagship store.

“I wanted the collection to reflect the visionary spirit and modern style of Mrs. Vanderbilt Whitney as well as the form and drapery of the sculptures she created,” says Borgo. “Each piece brings sensuous fluidity into structured form. I balanced the bold masculine lines of gold with her beloved pearls to evoke a feminine sensibility.” The collection showcases Borgo’s masterful metalsmithing technique as seen in the sculptural, classic-meets-modern collar necklace, ring, bracelet, ear cuff and pendant all in 18k yellow gold. Also featured are a pearl bar pin and linear pearl drop earrings that dance between the 1980s and the Victorian period.

“Eddie combined his slightly edgy sensibility with a beautiful classicism and created something really new,” says Amfitheatrof. “We’ve always had a legacy of seeking out beauty and innovation, and this kind of collaboration—where we work together with designers with a really distinct point of view—results in a unique, fresh design.”

The capsule collection will be available at the Tiffany & Co. Fifth Avenue flagship store and online at Tiffany.com for a limited time. Tiffany is the internationally renowned jeweler founded in New York in 1837. Through its subsidiaries, Tiffany & Co. manufactures products and operates TIFFANY & CO. retail stores worldwide, and also engages in direct selling through Internet, catalog and business gift operations. For additional information, please visit Tiffany.com.

The Council of Fashion Designers of America, Inc. (CFDA) is a not-for-profit trade organization whose membership consists of more than 500 of America’s foremost womenswear, menswear, jewelry and accessory designers. In 2003, the CFDA and Vogue magazine created a capital campaign to support the next generation of American fashion designers the CFDA/Vogue Fashion Fund, which, since 2004, annually provides a winner and two runners-up with a monetary prize and business mentoring. Tiffany became an Underwriter of the CFDA/Vogue Fashion Fund in 2011.

Eddie Borgo is an accessories designer based in New York City. By capturing different shapes, objects and symbols in adornment, art and architecture, Eddie Borgo creates iconic jewelry and handbags that challenge our ideas of luxury. A spirit of timelessness and an appreciation of modern sculpture are captured in his work, and, as each collection evolves, so does Eddie’s unique ability to redefine our notions of modernity. In 2010 Eddie Borgo was awarded runner up in the CFDA / Vogue Fashion Fund. In 2011, he won the CFDA Swarovski Award For Innovation In Accessory Design and was a co-recipient of the first ever CFDA / Vogue Fashion Fund Tiffany & Co. Development Grant. In 2015, The Accessories Council honored Eddie with The Evolution Award In Accessory Design. 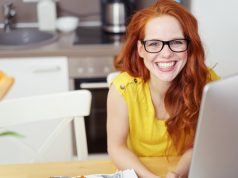 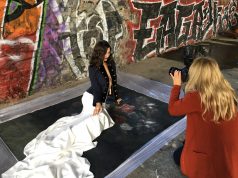 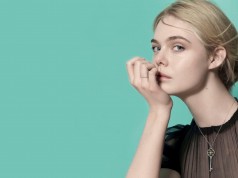 Michael Kors Brings Warmth to the N.Y. Freeze on Day 7...