Members of the public will be able to view 13 shows — including Prabal Gurung, Misha Collection, Supima and Band of Outsiders — in VR, through an app, a virtual reality headset and a Samsung smartphone. Viewers will also be able to watch the same 13 shows in 2D on the official NYFW website and the designers’ own websites.

In a separate announcement, designer Rebecca Minkoff revealed that she would debut her latest collection with a livestream VR experience, and offer her fans the ability to virtually shop a look straight off the catwalk using an app.

The news that designers in New York will offer live VR experiences to fans, which was made by NYFW official technology partner Intel and live event virtual reality firm Voke, is the latest development in a fashion week system that is opening up to consumers.

For fashion brands, which depend on selling not only products but also a dream, VR holds particular promise and a number of companies have been experimenting with the technology. The North Face and 7 For All Mankind have both created VR-enabled films, while Dior and Tommy Hilfiger have installed headsets in stores, which transport headset-wearing shoppers in pre-recorded catwalk shows.

from Business of Fashion 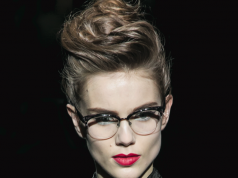