Available in the unisex Converse Jack Purcell, Duck Boot and women’s only Helen silhouettes, each style embodies the Hudson’s Bay Company wool point blanket stripes, with features such as threaded stitching and antique brass eyelets, and the Jack Purcell and Hudson’s Bay logos on the foot bed. These silhouettes also carry an official “Seal of Quality” maintaining the authenticity of Hudson’s Bay Company. Additionally, the Jack Purcell Duck features a leather collar and heel stay, as well as embroidery on the tongue of the shoe, creating an elevated style that merges these two iconic brands.

The Hudson’s Bay Company, founded in 1670, is the longest continually operated company in North America. For more than two centuries, the Hudson’s Bay Company point blanket has been a familiar staple in Canada and across the globe. Mirroring the execution of the blanket, the wool used on the sneakers is dyed before it is spun, then air and sun dried to brighten the colors. The signature multi-stripe pattern features four traditional colors popularized in the 18th century.

The Converse Hudson’s Bay Company Jack Purcell collection will be available for purchase exclusively at Hudson’s Bay Stores for a suggested retail price of $120-140 starting September 1, 2013.

About Converse
Converse Inc., based in N. Andover, Massachusetts, is a wholly owned subsidiary of NIKE, Inc. Established in 1908, the Converse brand has built a reputation as “America’s Original Sports Company”™ and has been associated with a rich heritage of legendary shoes such as the Chuck Taylor® All Star® shoe, the Jack Purcell® shoe and the One Star® shoe. Today, Converse offers a diverse portfolio including lifestyle men’s, women’s and children’s footwear, apparel and accessories. Converse product is sold globally by retailers in over 160 countries and through 78 company-owned retail locations in the U.S.

About HBC
The Hudson’s Bay Company (HBC), founded in 1670, is North America’s longest continually operated company. In Canada, HBC operates Hudson’s Bay, Canada’s largest department store with 90 locations, unsurpassed in its fashion, beauty, home and accessory designers and brands, as well as thebay.com. HBC also operates Home Outfitters, Canada’s largest home specialty superstore with 69 locations across the country. In the United States, HBC operates Lord & Taylor, a department store with 48 full-line store locations throughout the northeastern United States and in two major cities in the Midwest, and lordandtaylor.com. With approximately 29,000 Associates in Canada and the U.S., Hudson’s Bay Company banners provide stylish, quality merchandise at great value, with a dedicated focus on service excellence. The Hudson’s Bay Company trades on the Toronto Stock Exchange under the symbol “HBC”. 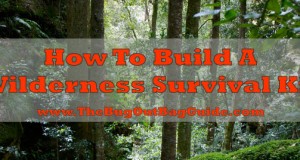 How to Build a Wilderness Survival Kit