Landlocked in Southeast Asia, Laos is a naturally and historically rich country. Lush green jungle is laced with meandering rivers and tumbling waterfalls to explore. Trekking in the country will be a primitive experience, and you will be overwhelmed by the sanctity of untouched earth. A devoutly Buddhist country, Laos is home to some of Southeast Asia’s most gentle and charming people, who will show you the secrets and natural splendour of their country. WHAT’S IN A NAME?

In 1893, French-Indochina united three separate Lao kingdoms — Luang Prabang, Vientiane and Champasak. They named the country Laos after the Lao people, the region’s most common ethnic group. In the Lao language, the country is called Muang Lao or Pathet Lao, both of which translate to Lao Country.

Take a boat ride down the Mekong River and look for the Irrawaddy dolphin, one of the worlds most endangered species. Stop at the river towns to explore the French- Indonesian style shops, the country is renowned for exquisite handmade textiles. Spend a sunset gazing upon the Pha That Luang, Laos’s most important religious structure. Head to Luang Prabang, where you can depart on excursions and admire impressive temples. A visit to Vat Phou, the spectacular ruined Khmer temple complex in southern Laos, is also a must-see. Enjoy a traditional Lao massage at the end of a long trek. Uncover the many ancient ruins and historical sites including the unusual Plain of Jars extending around the town of Phonsavan. Dine as often as possible on the delicious traditional cuisine and wash your meals down with flavourful Laos beer.

Inside the summer 2014 issue of NICHE 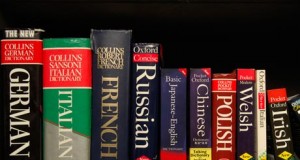 Here’s How to Travel and Study at the Same Time