Ralph Lauren represents so many things in North America that it is impossible to discuss just one facet of his life without doing the person he is, and the empire he’s created, an incredible injustice. Lauren’s work is a documentary of his life. A story he’s written through design about

his wife, his children, his homes, his love of wilderness, his desire for the American dream. Dubbed America’s most famed designer with an empire worth 12 billion dollars, Lauren has been described as one of the least pretentious celebrity figures. He expressed his life through design, and America simply fell in love with it.

Born Ralph Lifshitz in the Bronx, New York in 1939, Lauren’s relationship with the design world began at a young age when he developed an appreciation for work clothes. Lauren had a particular admiration for safari jackets and military surplus, because they had been lived and worked in, they were made for real life and real people. Lauren never went to fashion school, he just had something inside of him that he needed to express, and he found his outlet in clothing. His preference for livable, every day, sportswear inspired the brand Polo.

The pivotal moment in Ralph Lauren’s career was a neck tie in 1967. As a young man he was employed by a tie company and had several design ideas of his own. After the company he worked for rejected his offer to design for them, Lauren convinced a reputable tie company out of Cincinnati, Ohio to take him on. They agreed, and gave him a single drawer in the Empire State Building to work out of. Lauren found a small manufacturer to make his designs and he, his wife Ricky and her parents would sew the legendary Polo name onto them. When Bloomingdales offered to buy Lauren’s ties but would change the branding to their own, he rejected the offer. Six months later, Bloomingdales called him back and agreed to sell the ties under the Polo name. Ralph Lauren has gone on to be the largest selling designer in the world with 452 stores in 80 countries.

1969 – Opens first Polo by Ralph Lauren shop in Bloomingdales, NYC, which is also the retailers first ‘store within a store’

1976 – Launches boys line, with a girls line the following year, inspired by his children

…on the topic of fashion, style and movie stars

“What matters the most to me are clothes that are consistent and accessible. When I look at the people I’ve admired over the years, the ultimate stars like Frank Sinatra, Cary Grant and Fred Astaire, the ones who last the longest are the ones whose style has a consistency, whose naturalness is part of their excitement. When you think of the blur of all the brands that are out there, the ones you believe in and the ones you remember, like Chanel and Armani, are the ones that stand for something. Fashion is about establishing an image that consumers can adapt to their own individuality. And it’s an image that can change, that can evolve. It doesn’t reinvent itself every two years.” 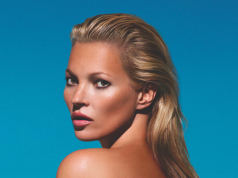 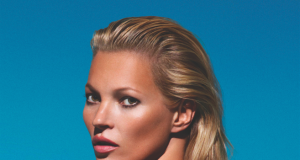