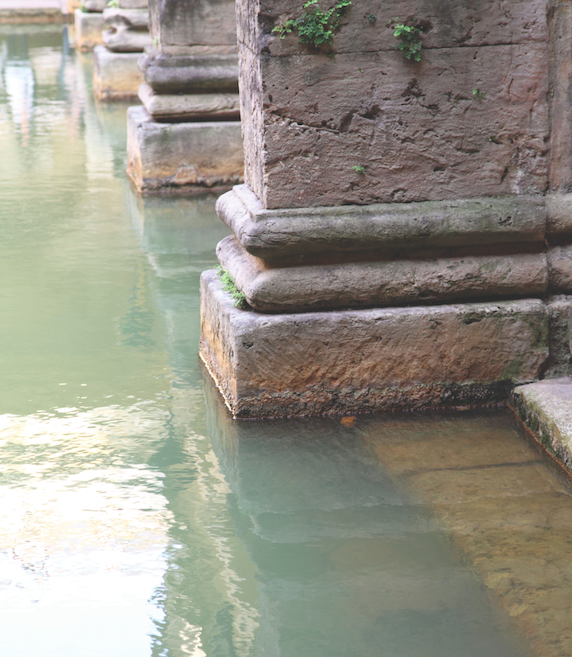 The first spa experiences occurred through social bathing in “healing waters” thousands of years ago by the Egyptians, Mesopotamians, Romans and Greeks. Cleopatra was the first to discover anti-aging methods for facial skin care. Known for her lustrous beauty and intensive skin care regimen, Cleopatra bathed in sour milk, which is high in lactic acid and exfoliates the skin. Cleopatra was renowned for her clean, smooth, soft skin and skin care quickly became a top priority for Egyptians. Also used by the Egyptians were a variety of natural skin care treatments, a noted favourite was a combination of whipped ostrich eggs, dough, bullock’s bile, resin and olive oil mixed with milk. Later, the Japanese, Ottomans and Western Europeans also discovered the benefits of “healing waters” and social bathing for cleanliness and health purposes. The word “spa” actually originates from the Latin verb spagere, which means to pour forth.

According to legendary writers Greeks indulged themselves in social baths as early as 500 BC and had hot baths called Iaconica. Greek athletes bathed in olive oil and then dusted their bodies with fine sand to regulate their body temperature and protect their skin from the sun. Both Greek men and women used honey to moisturize their faces and bodies, and olive oil to protect their skin. Emperor Agrippa designed the first Roman large scale spa called a “thermae” in 25 BC. These spas were the first to actually offer body and facial treatments, which included bathing, the application of essential oils, massage, exfoliation and further bathing in a bold “frigidarium”, followed by relaxation in an assembly room or library. Because of the relaxing qualities and fantastic effects to the skin experienced at these early spas, several started to be built across the Roman Empire from Africa to England, and their popularity continued to increase until the world was emerged and in love with the spa.

Feed Your Skin, FEED Your Soul!